The Boys & Girls Club of Meriden offers two ways for youth to explore the exciting field of robotics:

During the fall and winter months our Robotics Team, the Gigabots, build robots using the VEX IQ Robotics System to participate in competitions throughout the state. During the season youth will learn about basic engineering concepts such as gear ratio, center of gravity, weight distribution, stress, etc. They will also have the opportunity to learn beginning coding using Python or VexCode, a graphical programming environment.

Youth that have not attended a Robotics Camp or have not been part of the team before must fill out the online application and have an interview prior to registering. Please contact Dominic at 203.235.8185 to set up an interview or for further information. 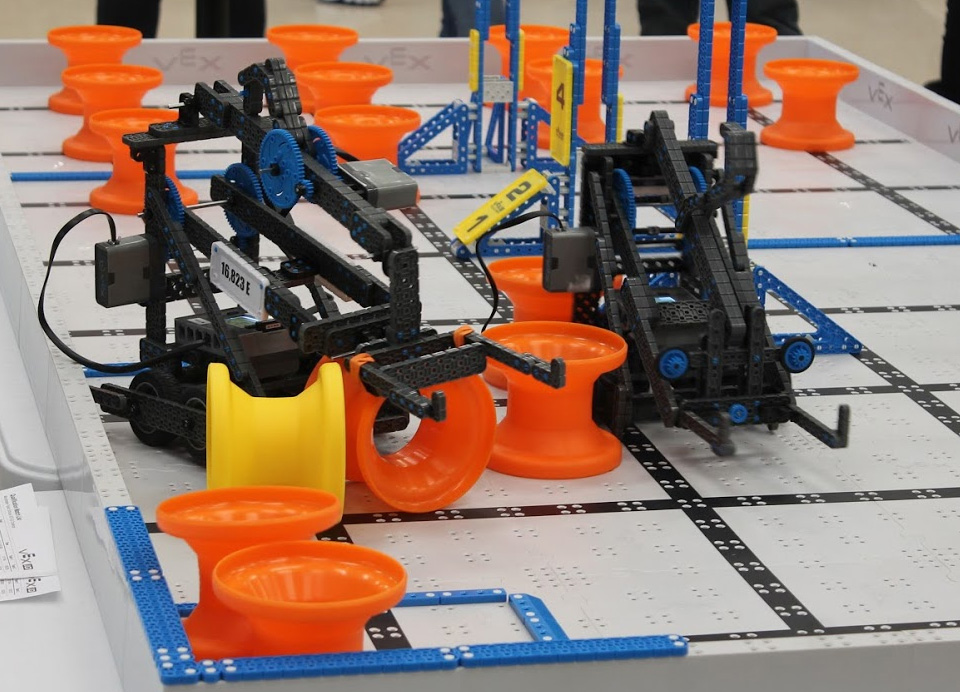 For one week during our summer day camp, the Club gets invaded by robots! Campers get to build robots that they can drive as they try to complete different challenges.

The Boys & Girls Club, with the help of GUS Robotics, is putting on our third robotics camp! Youth enrolled in the program will participate in a week-long robotics camp, where they’ll learn to build and program using the VEX IQ robotics kit. Similar to LEGO, this system teaches basic engineering concepts and introduces coding as campers build their robot.

Once built, youth will learn to program their robot to do simple tasks like holding a pen and write with it. The attachment and use of sensors and how to program them will also be covered. Campers will be put in to teams of 2-4 all week and, with the help of a mentor, build a robot designed to perform a series of tasks in competition against the other teams. The competition/demonstration (to which parents will be invited) will be held Friday afternoon at the Boys & Girls Club.

Check back in the spring or contact Dominic at 203.235.8185 for further information.